The zombies began their evening on the black carpet giving reporters something extra to play with as they got their shot of the cast and creators of The Walking Dead. 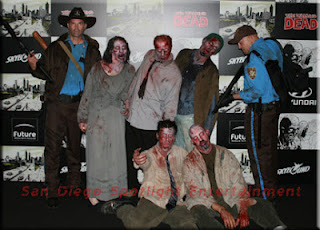 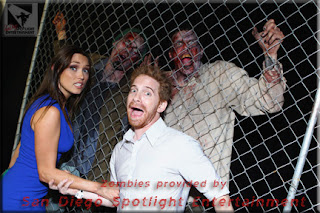 The Sheriff's wore their blue uniforms in honor of the Comic books. 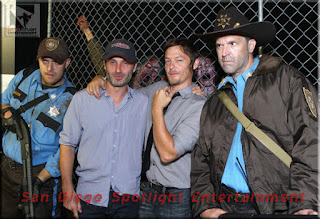 The cast was amazed at the make-up. 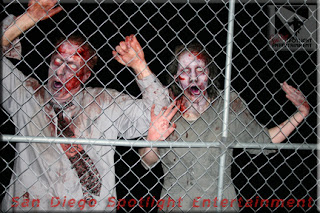 Zombies also invaded the party, but no fear - Rick and Shane were there to keep everything under control. 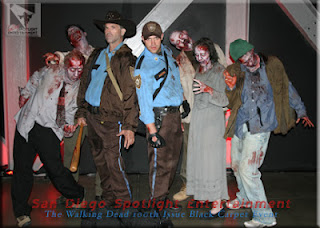 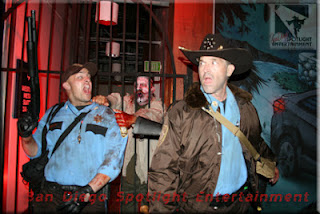 As usual Carl was nowhere to be seen! 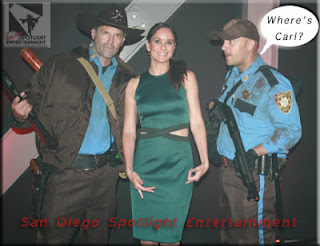 By the end zombies had gotten into the party mode and at one point were even dancing on the dance floor. 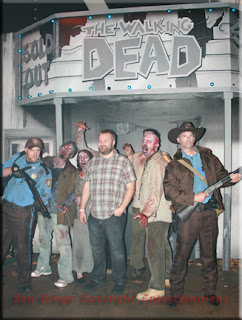 Unfortunately, at the end of the evening the zombies all managed to escape and raid Petco Park - as if the Padres don't have enough problems! 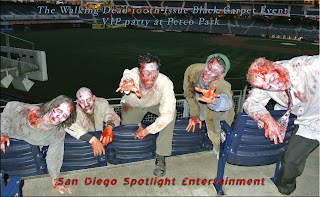 This was an amazing event, our make-up artist's are the absolute greatest.

We are so blessed to have such an amazing team!
Posted by San Diego Spotlight Entertainment at 7/19/2012

Providing professional entertainment for over 25 years. We are not an agency - we do not outsource entertainment. All costumes and props are designed, created and owned by us.
Corporate entertainment - Trade shows - Private parties - Theme Parks
Strolling Tables - Stilt Walkers - Cigarette & Candy Girls - Living Carpet - Mimes - Look A likes - Jugglers - and more!
(619) 846.9790 san diego
(818) 823.4630 los angeles